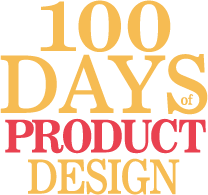 What Facebook and Google Know About Teambuilding (That You Do Not)

This week Business Insider revealed one of Facebook’s most asked interview questions for hopeful candidates. The question is, “On your very best day at work — the day you come home and think you have the best job in the world — what did you do that day?” It’s a wonderful question for understanding what inspires and motivates a candidate, and it inspired me to think about my best days at work, and what motivates me.

Why The Best Teams Don’t Need You

Though I’ve had a lot of these great days, the one that popped into my head first was from when I was working with a product design team at a medium-sized startup in San Francisco. I’d been out of the office the day before, so I came into our daily standup needing to be brought up to speed. As we went around the room and each of the 5 team members said what they were working on and what blocks they needed to overcome for the day, I was hit by the strongest sense of pride and admiration for the team.

My absence, rather than grinding everyone to a halt or causing blocks and chaos, had been hardly noticed. The design process had moved forward full steam, several blocks were dealt with efficiently and without panicky calls to me, and handoff of key design documents had moved forward without a hitch. I couldn’t have been prouder of a team that just 6 weeks earlier had been in shambles.

When I was brought in to revitalize this design team, the last director of UX had quit in frustration. The team had been leaderless for several months and during that time their productivity and motivation dropped to zero. One team member had completely checked out and was spending his days at Starbucks working on his own projects. Another had started her application to Facebook. Two weeks after I took over, she told me she’d got the job. Though thrilled for her, I regretted that I wasn’t fast enough to keep this talented designer. With only one team member left, (and she about to take maternity leave), I had to work fast. I needed to find four new designers and get them onboarded and up to speed in time for a product launch in less than two months!

Team building — especially in a creative field like product design — is more of an art than a science. No matter how talented your designers, how skilled or experienced, a team is a living entity that thrives or dies depending on its members. It does no good to have the most brilliant minds on the planet if they can’t work together to produce.

Google has spent several years searching for the key to building excellent teams, and the results of their data gathering during that time are surprising. Having brilliant engineers, or rockstar designers, or the best Stanford MBAs is not necessarily going to make for a brilliant and productive team. In fact, it might do the opposite.

What Google found was that the best teams were those that established a group culture with shared norms of behavior that all adhered to. That means, everyone in the team understands each other and works together in the same way. What exactly what that way is, isn’t important. An obedient, hierarchical team might not be any more or less effective than a boisterous, argumentative team, as long as everyone on the team is following the group norms.

“Norms can be unspoken or openly acknowledged, but their influence is often profound. Team members may behave in certain ways as individuals — they may chafe against authority or prefer working independently — but when they gather, the group’s norms typically override individual proclivities and encourage deference to the team.” What Google Learned from Its Quest to Build the Perfect Team

This is critically important for hiring managers and team builders to understand. Everyone thinks they want the rockstars on their teams. LinkIn job descriptions are filled with words like “expert’ “top of your field” “brilliant” because who doesn’t want the very best talent on their team, right? Except, if you bring in a star that doesn’t follow the group norms, who is either too dictatorial, or too laid back, or simply can’t read the unwritten social rules in a team and so can’t follow them, no matter how talented that team member is, the group will fail.

Even in Design, Safety First

So what’s a leader to do? We can’t afford to simply throw people together randomly and hope the combination works. Without clearly defined rules for how a team should operate, how do we create a framework that will result in success?

The answer is, we don’t dictate how members of a group interact, we only set up a safe space in which they’re able to find the group dynamic that works for them. We provide psychological safety within the group, and let the group define the norms.

“Psychological safety is ‘‘a sense of confidence that the team will not embarrass, reject or punish someone for speaking up,’’ Edmondson wrote in a study published in 1999. ‘‘It describes a team climate characterized by interpersonal trust and mutual respect in which people are comfortable being themselves.’’

In the worst teams I’ve participated in during my career, members are shamed or ridiculed for saying the wrong things. Leaders squash ideas they don’t like, hyper-control the conversation, and ignore signs of frustration and shutting down from team members.

This behavior doesn’t just come from the leaders though. A single member who is tone deaf or is allowed to hijack meetings can do the same damage to the safety zone of the team. This is especially damaging in a creative team, where designers are daily asked to put their imagination to use and propose something new and edgy. To experience rejection as a daily part of their job, doesn’t make it feel any less painful. The leader of a design team must be extra vigilant in ensuring that rejections are not shaming or punishing. Close down that pipeline once or twice, and your creative will stop being creative.

Rather than scheduling exactly how a team must function, or micromanaging every task within a group, focus on these three priorities:

Don’t choose a star. Don’t pick one member to do all tasks. Naturally, some people will be better at focused detailed work and others better at big ideas and concepts. Some team members will easily assume management roles while others prefer to be producers. That’s okay. Go with it. Reward employees for what they’re good at, and don’t punish them for what they cannot.

Notice the areas where the team is missing a skill, and focus on finding that person. If you’ve got great visual designer and a hot prototyper, then find a UX strategist with information architecture experience. Don’t assume riged categories developed by HR are what you need for your team.

3 Set a standard for friendly, open discussions and critiques

I run a daily standup every morning that the whole team attends. For 10-15 minutes we go around the group, each member sharing what they’re working on, what they’ve just completed and the blocks they’re trying to solve. This is a great method for keeping the whole team up to speed with the project, allowing members to support each other, and exemplifying the egalitarianism that is at the heart of a product design team. Everyone’s roles are important. No rockstars here — we’re all working for the same goal.

“For Project Aristotle, research on psychological safety pointed to particular norms that are vital to success. There were other behaviors that seemed important as well — like making sure teams had clear goals and creating a culture of dependability. But Google’s data indicated that psychological safety, more than anything else, was critical to making a team work.” What Google Learned from Its Quest to Build the Perfect Team

Back to my awesome team at the startup. Six weeks into revitalizing the product group with two new hires and two designers on loan, I spent most of my days encouraging conversation, matching employee strengths with roles, and above all, creating a safe space where everyone could communicate and share ideas, frustrations and solutions without fear of being shut down. This worked so well that we were able to design, build and launch one of the best applications of my career.

But it is that day when I saw my team working without me that I am most proud of.